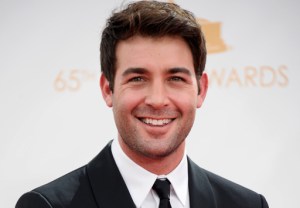 A former Political Animal is moving into CBS’ Zoo.

James Wolk has been tapped to star in the upcoming drama, based on James Patterson’s 2012 novel about a young renegade biologist who must uncover the secret behind a wave of violent animal attacks against humans.

Wolk previously co-starred on CBS’ The Crazy Ones, opposite the late Robin Williams.

Zoo is slated for a Summer 2015 premiere on CBS.