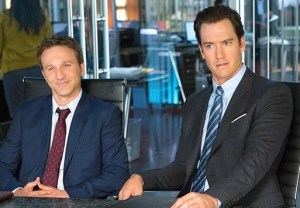 The decision not to renew the Mark-Paul Gosselaar-Breckin Meyer buddy series likely is related to the cable network’s move toward edgier programming, per our sister site Deadline, which first posted the news.

The series fourth season finale, which aired Oct. 22, will be its final episode.