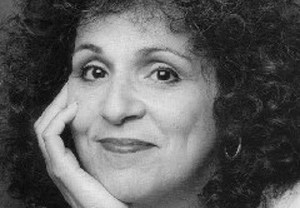 Carol Ann Susi, best known as the voice of Howard Wolowitz’s unseen mother on The Big Bang Theory, has died after a short battle with an aggressive cancer, her rep confirmed Tuesday.

In addition to the CBS sitcom, the Brooklyn, N.Y., native appeared on countless TV shows during her 40-year career, including Grey’s Anatomy, Ugly Betty, That ’70s Show, Sabrina the Teenage Witch, Just Shoot Me and Seinfeld.

“The Big Bang Theory family has lost a beloved member today with the passing of Carol Ann Susi, who hilariously and memorably voiced the role of Mrs. Wolowitz. Unseen by viewers, the Mrs. Wolowitz character became a bit of a mystery throughout the show’s eight seasons. What was not a mystery, however, was Carol Ann’s immense talent and comedic timing, which were on display during each unforgettable appearance. In addition to her talent, Carol Ann was a constant source of joy and kindness to all. Our thoughts and deepest condolences are with her family during this time, and we will miss her greatly.”

Susi indeed was regularly deemed irreplaceable by the Big Bang team. As Prady once told TVGuide.com — in response to a suggestion that the show might cast, say, Roseanne Barr, as an on-screen Ma — “Carol Ann Susi loves her job as the off-screen bane of Howard’s existence because, as she often says, she gets to work with wonderful people and doesn’t have to put on make-up. There are no plans for any other actress to play the role.”

Susi is survived by her brother Michael and his wife Connie.