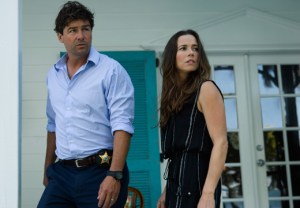 Netflix has dropped six images from its upcoming 13-episode drama Bloodline, and three of the pics confirm buzz that Friday Night Lights Emmy winner Kyle Chandler will be playing a sheriff’s deputy.

Created and exec-produced by Damages vets Todd A. Kessler, Daniel Zelman, and Glenn Kessler, the series is set in the Florida Keys and centers on a close-knit family of four adult siblings (Chandler, Norbert Leo Butz, Ben Mendelsohn and Linda Cardellini) whose secrets and scars are revealed when their black sheep brother (Mendelsohn) returns home. Sam Shepard and Sissy Spacek play the parents.

Check out the photos below, and then hit the comments with your thoughts and theories. 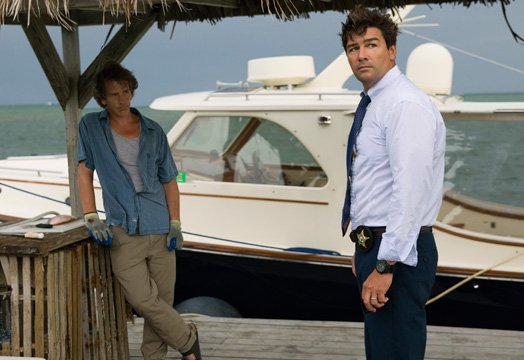