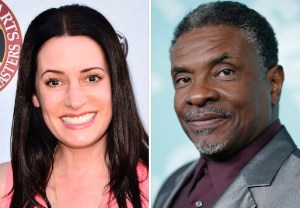 Brewster’s other recent comedic credits include appearances on Key & Peele and Drunk History, and Modern Family. David’s other on-camera TV credits include Scorpion and The Cape, while his myriad voice work/narration gigs include Adventure Time, History’s The Bible, Once Upon a Time in Wonderland and Community’s Season 3 outing, “Pillows and Blankets.”