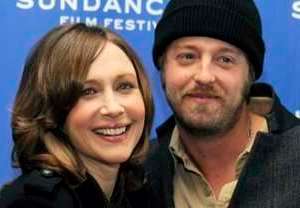 Joshua Leonard of Blair Witch Project fame is the latest guest to check into the A&E drama, TVLine has learned exclusively.

The actor — whose TV credits include arcs on Hung, CSI: Miami and The Mob Doctor — will play the recurring role of James Finnigan, a community college psych professor whose pull towards Norma (Vera Farmiga) slowly chips away at his carefully constructed house of cards.

The gig marks a reunion for Leonard and Farmiga; the two played husband and wife in the 2011 indie Higher Ground (which Farmiga directed).

Leonard is Bates Motel‘s fourth major Season 3 hire, following the casting of Mad Men‘s Kevin Rahm (as a man from Romero’s past), Revolution‘s Tracy Spiridakos (as a mystery woman who may or may not cozy up to Dylan) and Sons of Anarchy‘s Ryan Hurst (as an onscreen rival to Kenny Johnson’s Caleb).