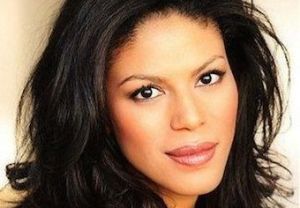 NBC’s The Night Shift is giving Jill Flint a BFF in Season 2.

TVLine has learned exclusively that Merle Dandridge (Sons of Anarchy, Star-Crossed) is joining the Peacock’s summertime medical drama in the recurring role of Gwen, a lead paramedic working at San Antonio Memorial Hospital and the best friend of Flint’s Dr. Jordan Alexander.

Dandridge, who is set to appear in a minimum of six episodes, joins fellow Season 2 newbie Adam Rodriguez (CSI:Miami), who will recur as a trauma surgeon.

* ABC is developing a modern take on Little Women, starring and executive-produced by Natascha McElhone (Californication), per The Hollywood Reporter. The potential limited series follows the lives of four sisters whose family loses its fortune and position during a military scandal.

* WGN America has ordered its first unscripted series, Wrestling With Death (premiering Jan. 13) and Outlaw Country (Feb. 24). The former centers on a family that runs a funeral home by day and a wrestling league by night, while the latter chronicles the battle between law enforcement and crime in Buckner, Mo.