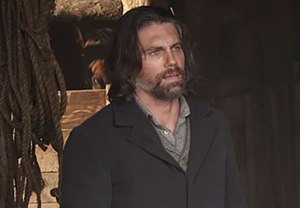 It’s the end of the line for Hell on Wheels.

AMC has renewed the historical drama for a fifth and final season, the network announced Friday.

The series’ 14-episode swan song will air in two parts: seven in summer 2015 and the remaining seven a year later.

“With Season 5 of Hell on Wheels, we are proud to bring our trans-continental journey to conclusion for the large, loyal audience that has traveled with Cullen Bohannon and his crew for so many years,” AMC president Charlie Collier said in a statement. “We look forward to appropriately honoring Hell on Wheels in this final season. Enormous thanks to the terrific writers, cast and crew for all they have achieved and for all that lies ahead in the Wild West.”