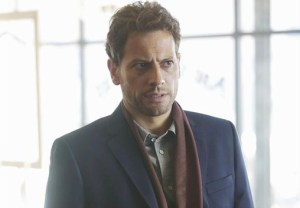 Much like its immortal protagonist, Forever has cheated death.

ABC handed the freshman drama a back-nine order on Friday, TVLine has learned.

The full-season pickup comes as something of a surprise given the Ioan Gruffudd-led series has notched mostly tepid ratings. Forever opened decently in September with 6.9 million total viewers and a 1.8 rating, giving ABC its best Tuesdays-at-10 debut in four years. But those numbers have since dropped. At last tally, it did 5 mil and a 1.1.

Forever joins rookie hits How to Get Away With Murder and black-ish in ABC’s Fall 2014 Full-Season club.