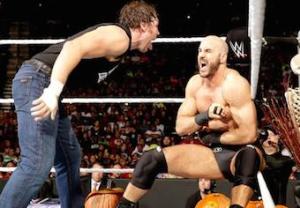 The Smackdown will be handed out 24 hours earlier, when Syfy and WWE move the long-running grapple-fest to Thursday nights, starting Jan. 15, 2015 at 8/7c.