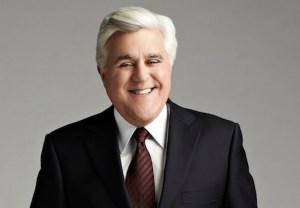 Maybe Jay Leno can give Craig Ferguson some tips for his post-chatfest life.

* In a collaboration between creator Shonda Rhimes and First Lady Michelle Obama, tonight’s Grey’s Anatomy will highlight resources for homeless veterans when one comes to Grey Sloan Memorial Hospital after being carjacked and losing everything she owns.

* Pivot has released a trailer for its first scripted drama, Fortitude, starring Stanley Tucci (The Hunger Games), Richard Dormer (Game of Thrones) and Michael Gambon (the Harry Potter films). The thriller, about a violent crime set against the Arctic landscape, debuts in January 2015.