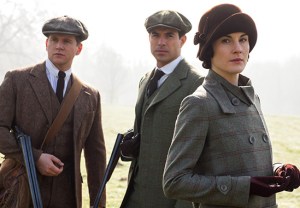 Here’s something that’ll have you smiling into your cuppa: Downton Abbey will be back for a sixth season.

PBS announced on Thursday that Season 6 of the popular ITV British drama will go into production in 2015 and will be written by Julian Fellowes.

News of the renewal comes a few months before Season 5 debuts in the United States on Jan. 4 (PBS, 9/8c). The series completes its fifth season run in the UK on Sunday.