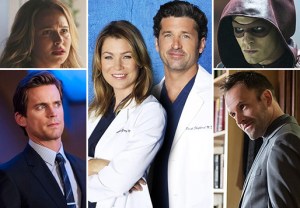 Question: Is Grey’s Anatomy planning a big cliffhanger for the winter finale, similar to last December’s Jackson/April wedding brouhaha? —Jared
Ausiello: I hear the Nov. 20 episode will end with a cliffhanger, but whether or not it’s on par with the climax in the 2013 fall finale is probably subjective. (For example, Mer/Der fans will likely deem this year’s cliffhanger a bigger deal than last year’s.) Bonus Scoop: It was incorrect of me to use the singular form of cliffhanger in that first sentence. There are actual multiple cliffhangers in the Nov. 20 installment. And if you’re wondering how long you’ll be be biting your nails down to nubs, details on Grey’s Anatomy‘s 2015 premiere date can be found here.

Question: Do you have some scoop about Castle‘s mid-season two-parter? —Fred
Ausiello: Showrunner David Amann confirms that Castle will resume its springtime two-parter tradition, somewhere around Episodes 14/15. Perhaps to dig deep into the mystery of Rick’s vanishing? “We think that it will deal with that in some way,” Amann allows, “but it won’t be exclusively about that.”

Question: Do you have any scoop on Castle‘s Christmas episode? —Heather
Ausiello: It airs Monday, Dec. 8, it’s titled “Bad Santa,” and it will include the culmination of “some evolution in the Lanie and Esposito relationship,” says Amann. (And yes, the EP is aware that Rick still owes Kate a gift from Christmas 2012, but he is mum on whether it’s coming.)

Question: Anything on Supernatural? —Donna
Ausiello: Felicia Day’s Charlie will have a traveling companion (of sorts) when she resurfaces in Episode 10. According to Robbie Thompson, who penned the hour, Charlie comes back from Oz “under precarious circumstances” and “she’s brought something back that’s very dangerous.”

Question: Will Juliette give birth before Nashville takes its holiday break? —Lynda
Ausiello: Nope. Her little demon spawn won’t make his/her arrival until 2015. Bonus Scoop: Look for Layla to hook up with someone very unexpected. Deposit your most educated guesses in the comments.

Question: With the final season of White Collar premiering on my birthday (November 6th), can you please share some goodies of what to expect? Pretty please? I’ll share my birthday cake! —Ally
Ausiello: Didn’t you just have a birthday two weeks ago when you were harassing me for Scandal intel? I’m on to you Ally! White Collar‘s final episodes will put “some real strain” on Mozzie and Neal’s friendship, executive producer Jeff Eastin reveals. While Peter and the con man are taking down the Pink Panthers, Moz is “left out in the cold a little bit,” it seems. But don’t fret, “the reason for that strain will be obvious once you get to the finale.”

Question: So I’m confused: In the Arrow/Flash crossover, which episode is Episode 1 and which is Episode 2? I thought I read that The Flash was first, but since it was pre-empted this week, doesn’t that mean Episode 1 will air after Episode 2? Is my math off? —Steve
Ausiello: My brain exploded about halfway through your question, Brian, but I think this is the info you’re looking for: The Flash’s episode, “Flash vs. Arrow,” will air Tuesday, Dec. 2. Arrow’s “The Brave and the Bold” arrives the following night, Wednesday, Dec. 3.

Question: We’ve seen some Roy and Felicity interactions this season on Arrow, and they were fun! Are there more coming? —Paula C.
Ausiello: “There are,” Emily Bett Rickards reports. “I’ve been getting to work with Colton [Haynes] quite a bit, actually, which is a dream for the both of us!” Bonus Scoop: Rickards also confirmed during her Q&A with Matt Mitovich that Arrow will have a holiday-timed episode, hence why we spotted a menorah on Felicity’s desk during a recent set visit.

Question: Has The Good Wife completely written Jess Weixler (Robyn) out of the season now that Kalinda is with Florrick Agos and Lockhart? —Jordan
Ausiello: Robyn’s not currently set to appear in any of the show’s remaining Season 6 episodes, but I’d be shocked — no, make that stupefied — if we didn’t see her back before the end of the season.

Question: Do you have any scoop on The Newsroom? Anything would be good. —Erica
Ausiello: Will and Mac’s wedding seemed like a sure thing at the end of Season 2, didn’t it? But star Jeff Daniels plays very coy when TVLine asks him whether the audience will actually get to watch the newshounds say their vows in the show’s upcoming final run of episodes. “I do know there was a ring. We ended Season 2 with a ring, and we’re talking about bridesmaids in the first episode of Season 3, so… perhaps,” he says. “I know Will and Mac want to. There are some obstacles thrown up in our way. Whether we overcome them or not in the second half [of the season] is to be seen.

Question: I loved watching Grimm’s Bitsie Tulloch play Adalind-as-Juliette last season. Please tell me we’ll get to see that again? —Tanya
Ausiello: We may not see that exact scenario repeat itself, the show’s resident Hexenbiest Claire Coffee tells TVLine, but “There’s something that happens this season that I’ve been able to repay the favor a little bit.”

Question: Please tell me you have the lowdown on whether or not Katrina is trustworthy on Sleepy Hollow. –Lena
Ausiello: I’m still not sure we can trust the witch, especially when she does something like what Katia Winter previewed during TVLine’s set visit earlier this season. The actress said that even though Katrina isn’t on Henry’s side, in an upcoming episode, “she pretends to be for a little bit. She wants to get close to him so he can come back to her and Ichabod.” As you may expect, “That causes a big rift between her and Abbie, because Abbie obviously sees him as a big threat.”

Question: I am loving Madam Secretary, especially the dynamic between Elizabeth and Henry. Any scoop on them? They need a date night ASAP. Thanks! —Emily
Ausiello: Maybe the Secretary of State will get that couple’s night when her father-in-law Phil shows up? Henry’s “blue collar and larger than life” dad will appear in Episode 13. Expect the steelworker-turned-union rep to be cantankerous and to have a giant chip on his shoulder when it comes to those who are well off — which is why he and Elizabeth will never be besties. 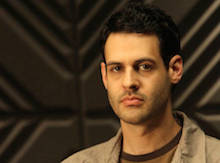 Question: Do you have any scoop on the post-200th episodes of Bones? —Cassidy
Ausiello: Sorry, but I’m not ready to move past No. 200 just yet, especially since fresh intel continues to pour in on the milestone hour. The latest buzz from the set is that the episode’s rapidly expanding guest cast will also include… Pelant! Yep, Andrew Leeds will appear in the Hitchcockian “200th in the 10th,” and he’ll be joined by four other late additions: Michael Grant Terry (squintern Wendell), Eugene Byrd (squintern Clark), Pej Vahdat (squintern Arastoo) and Michael Badalucco (Brennan’s ex-assistant Scott).

Question: Originals prattle, please! —Jonathan
Ausiello: If you’ve been missing Nathan Parsons’ Jackson, you’ll definitely want to tune in next Monday (psst: he returns in that episode!). “He’s been through a really rough time,” executive producer Michael Narducci reminds us. “He was kind of making a play to be alpha to his werewolves and then he was totally usurped by Francesca. Now that Francesca’s gone, the witches have filled that vacuum. So he’s a leader without a people. That’s where we find him. He’s got an interesting journey to get back on track.”

Question: Do you have any scoop on Elementary? —Jennifer
Ausiello: Surprisingly, no teeth will be bared when Sherlock meets Joan’s new boyfriend in next Thursday’s episode. “Because Sherlock does not have romantic feelings for Joan, it’s not as uncomfortable as it might be,” EP Rob Doherty tells TVLine. “I would say a year ago, he may have seen Andrew as a threat to the partnership and to the work that they do. But for having gone down the road that he did, knowing that he made some
mistakes when he left for London, he’s hardly in a position to be judgmental of the relationship.” 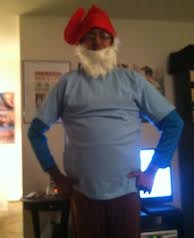 Question: As promised, here is me in my Smurf costume (in exchange for that Flash scoop last week). It’s kind of a hybrid between Papa Smurf and an edgier Smurf since the pants are dark blue and not the traditional white. I hope this effort is appreciated, because, I have to be honest with you, the last little bit about being “banned for life” if I didn’t follow through seemed a bit extreme. —Anand
Ausiello: My column, my rules. And you look like Papa’s drunk brother after a run-in with a honeybadger, but I will allow it. You are hereby declared an Ask Ausiello member in good standing for life.