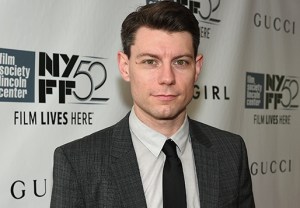 Patrick Fugit is going from Almost Famous to perpetually possessed.

Fugit — who can currently be seen in the film Gone Girl — will play Kyle Barnes, a young man plagued by possession since he was a child. When he sets out to seek answers, he uncovers something that could end all life on Earth.

Rounding out the cast are Philip Glenister (Life on Mars) as Rev. Anderson, a hard drinking, hard gambling West Virginian evangelical preacher who believes he’s a soldier in God’s holy war against evil; and Gabriel Bateman (Stalker) as Joshua Austin, an 8-year-old boy who appears to be possessed by a demon and has a mysterious connection to Kyle.

The supernatural horror project is based on the comic of the same name by Kirkman and artist Paul Azaceta. Adam Wingard (The Guest, You’re Next) will direct.