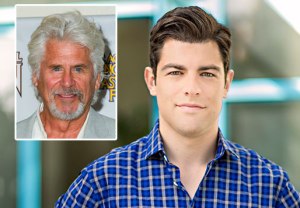 Schmidt has seen his future, and it looks like Barry Bostwick.

The Spin City vet will guest-star on New Girl‘s Christmas episode as a suave world traveler who represents Schmidt’s ideal self, TVLine has learned exclusively.

Bostwick will play the handsome, well-attired and sophisticated Robert Goodwin. According to those in the know, Goodwin is everything to which Schmidt aspires.

Billy on the Street host Billy Eichner also will guest-star in the holiday episode.

Bostwick recently appeared in an episode of Franklin & Bash. His other notable credits include Scandal, Cougar Town, Psych and Law & Order: SVU.

The New Girl episode featuring Bostwick and Eichner is scheduled to air on Dec. 9.