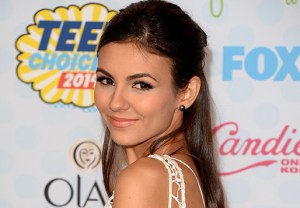 More than a year after its initial announcement, MTV’s latest action-drama Eye Candy has finally been given a premiere date. (Note to cyber criminals: You’ve been warned.)

Debuting Monday, Jan. 12, at 10/9c, the 10-episode series follows a New York City computer genius named Lindy (Victorious‘ Victoria Justice) who discovers that one of her online suitors might be a wanted murderer. Dun, dun, dun!

Will you be checking out Eye Candy in 2015? Drop a comment with your thoughts on MTV’s new series below.