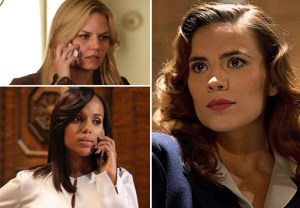 ABC’s winter schedule is already starting to heat up.

Galavant, meanwhile, tells the story of a dashing knight (Joshua Sasse) who fights — and sings — to reclaim his happily ever after from the evil King Richard (Psych‘s Timothy Omundson).

Additionally, you can now mark your calendars for the return of several huge dramas, including Once Upon a Time and the entire TGIT block. (Revenge, Resurrection and Castle, which break Dec. 7-8, are slated to return in early January.)

HOW TO GET AWAY WITH MURDER | Thursday, Jan. 29

ONCE UPON A TIME | Sunday, March 1