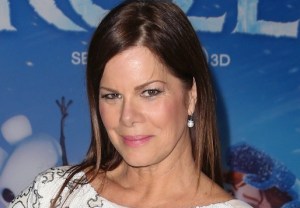 The Oscar-winning actress, last seen on TV in the lovely but short-lived Trophy Wife, is joining ABC freshman smash How to Get Away With Murder in a mysterious recurring role, TVLine has learned.

While the network declined to give details about Harden’s character, it noted that her stint on the Viola Davis drama will begin after the show’s mid-winter break.

HTGAWM will air three more new episodes in 2014 — on Nov. 6, Nov. 13, and a Nov. 20 “winter finale” that promises to return to “the evening of the bonfire” and “finally see what exactly happened on the night of Sam’s death.”

Stoked about Harden jumping into the Murder mix? Any theories or wishes about who she might play? Sound off below!