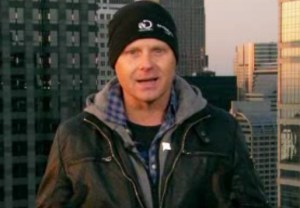 Daredevil Nik Wallenda — whose hobbies include ignoring physics, laughing in Death’s face, etc; — is already plotting his next move.

“I’m working on recreating my great-grandfather’s greatest walk, which was over Tallulah Gorge, Georgia … 600 feet high, 1,000 feet long,” Wallenda announced. “He did two headstands on the wire. I’ve never done a headstand on the wire in public, and I’m training for that.”

Wallenda’s great-grandfather Karl was a member of the Flying Wallendas. He fell to his death at the age of 73 during a tightrope attempt in Puerto Rico.

Were you one of the many (many!) people glued to Wallenda’s special on Sunday? Drop a comment with your thoughts on the daredevil below.