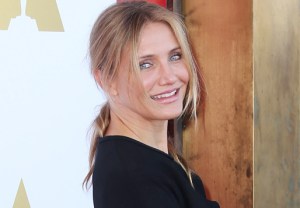 Fourth time appears to be the charm for Cameron Diaz, who will return to host Saturday Night Live on Nov. 22, NBC announced Monday.

The Annie star has hosted thrice before — in 1998, 2002 and 2005 — and has made several additional appearances on the show, including introducing then-boyfriend Justin Timberlake’s musical performance in 2006.

This time around, Diaz will be joined by musical guests Bruno Mars and Mark Ronson, who collaborate on Ronson’s upcoming single “Uptown Funk.”

Do you have high hopes for Diaz and Mars/Ronson? Drop a comment with your thoughts below.