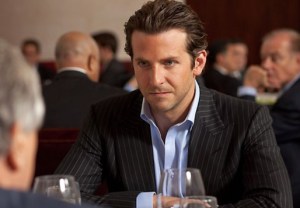 A drama series based on Bradley Cooper’s 2011 action film Limitless — in which his character, Brian Sinclair, harnessed “limitless” abilities via a mysterious drug known as NZT — has been given a pilot production commitment by CBS, our sister site Deadline reports.

The pilot, which picks up after the events of the movie, is being executive-produced by Cooper, Todd Phillips, Alex Kurtzman and Roberto Orci.

* The Meredith Vieira Show has been renewed for a second season.

* TNT has ordered a pilot for the supernatural drama Breed, which follows a series of mysterious murders committed in the Pacific Northwest and the detective determined to solve them.