Felicity’s mom has got it going on, as evidenced by these exclusive photos from NYPD Blue alum Charlotte Ross‘ debut on The CW’s Arrow.

In “The Secret Origin of Felicity Smoak,” airing Wednesday at 8/7c, a cyber attack brings Starling City to its knees, pushing Oliver (played by Stephen Amell) and Felicity (Emily Bett Rickards) to their limits to contain the destruction. Felicity’s world is further upended when her mother, Donna, pays a surprise visit. Nolan Funk (Glee) also guest-stars, as Felicity’s ex-boyfriend.

As hinted in Season 2’s “City of Blood,” Felicity — abandoned by her father at a young age — has measured regard for her mom. “If I had accepted things, I would be a cocktail waitress in Vegas like my mother and I never would have gone to college and I never would have moved a thousand miles away to work at Queen Consolidated,” she shared.

Elsewhere in the episode, Ted Grant questions Laurel’s motives and Thea buys an apartment with money from Malcolm, infuriating Oliver.

Are you looking forward to the Felicity/Donna dynamic? 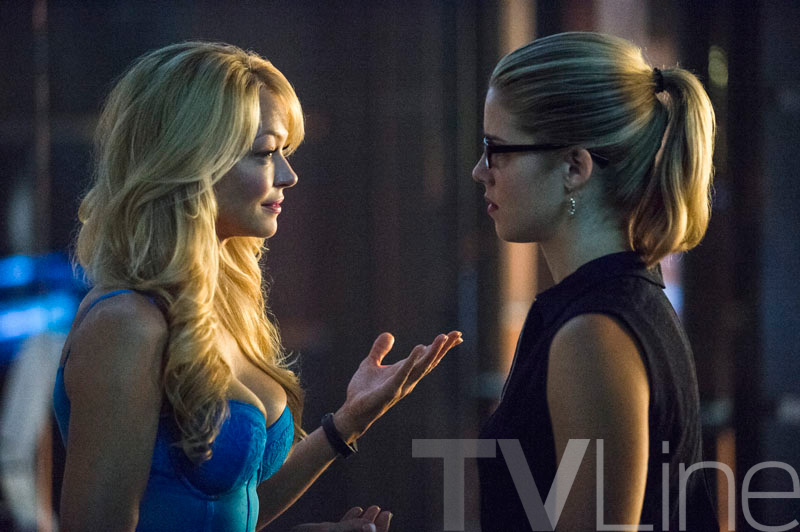 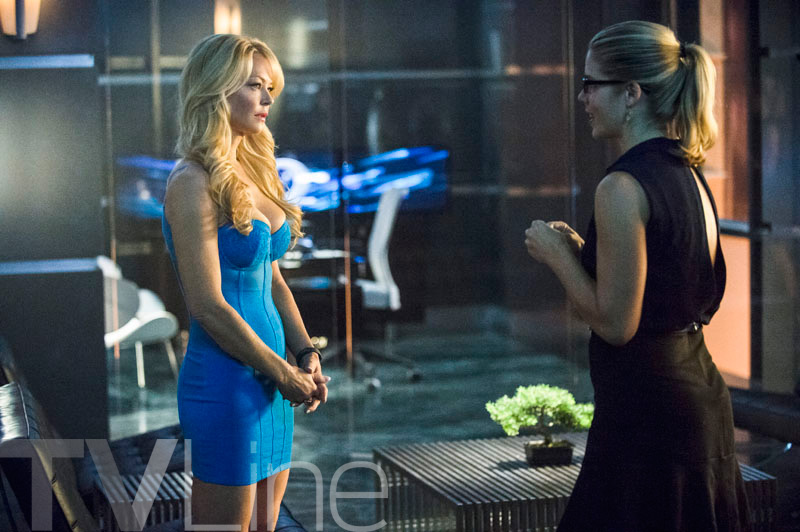