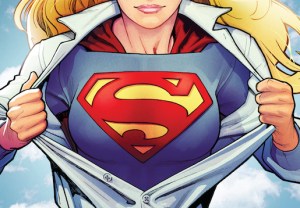 Casting is now underway — courtesy of the same folks who populated Arrow and The Flash — for CBS’ Supergirl series, and TVLine has details on exactly what (and who) the DC Comics-based drama is looking for in two of its lead roles.

For Kara Zor-El aka Kara Danvers, the show is eyeing Caucasian females, age 22 to 26, to play 24. As the series’ mythology goes, Kara at age 12 was sent from her dying home planet of Krypton to Earth, where she was taken in by the Danvers, a foster family who taught her to be careful with her extraordinary powers. After repressing said skills for more than a decade, Kara is forced to bust out her super moves in public during an unexpected disaster. Energized by her heroism for the first time in her life, she begins embracing her abilities in the name of helping the people of her city, earning herself a super moniker along the way.

The other lead role currently being cast is that of 26-year-old Alexandra “Alex” Danvers, Kara’s gorgeous, brilliant, science-minded foster sister. Growing up, Alex was partly jealous of her sibling yet also fascinated by her abilities, prompting Alex to learn as much as she could about alien anthropology, sociology and culture. Today, Alex works for a secret government organization and, alongside her heroic sis, will face many challenges, both mundane and super.

Do that super thing you do and share your latest thoughts on casting in the Comments below!