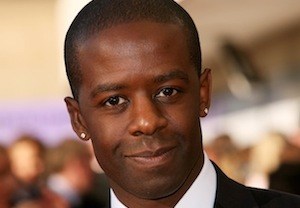 Is Red Band Society‘s Nurse Jackson (Octavia Spencer) about to find an outlet for her job stress?

Dr. Naday will wind up “making a big impression on the entire hospital staff, but most notably on Nurse Jackson.”

Spencer recently told TVLine that Episode 7 of Fox’s freshman medical drama will feature “a big reveal” about her character. We’ll learn more about what was behind Nurse Kenji’s comment that Jackson had given up “a life most people only dream of” in favor of working at Ocean Park Hospital. “[She] is everything you think she is, and then a lot of things you don’t,” Spencer teased. “We dropped some breadcrumbs in the pilot and the last couple episodes. And now, we’re actually filming a big Nurse Jackson reveal [in] Episode 7.”

Lester previously was a series regular on the BBC series Hustle, which aired stateside on AMC.

Stoked about this latest Red Band casting news? Any theories on whether it’ll be love or war for Dr. Naday and Nurse Jackson? Sound off in the comments!