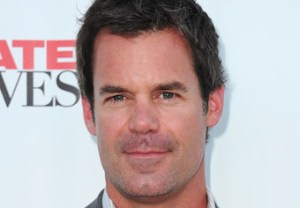 A onetime Desperate husband may hold the fate of a desperate Phillip Stroh in his hands.

On the heels of the news that Revolution‘s Billy Burke will be guest-starring on TNT’s Major Crimes as The Closer‘s insidious Phillip Stroh, TVLine can report that Tuc Watkins will also appear in the season-ending two-parter, in a perhaps pivotal capacity.

When Stroh resurfaces in Season 3’s final two episodes (airing Jan. 12 and 19), the serial rapist/murderer is now acting as his own attorney and as such angles for a new deal. Watkins will play a judge who is acting as a Special Master, helping Stroh review his legal files. If Stroh is able to give up active rapists/other sex offenders to the city, the judge could offer him a deal for life in prison versus the death penalty.

Watkins’ previous TV credits include Awkward, Parks and Recreation, One Life to Live and the aforementioned Desperate Housewives.