HBO has locked down all of 'Game of Thrones' principal actors — including Peter Dinklage, Nikolaj Coster-Waldau and Lena Headey — for a potential seventh season. 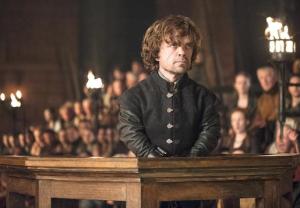 The night may be dark and full of terrors… but a future in which Game of Thrones goes on without your favorites isn’t one of them.

HBO has locked down all of the series’ principal actors — including Peter Dinklage, Nikolaj Coster-Waldau and Lena Headey — for a potential seventh season,  per The Hollywood Reporter.

Thrones‘ main actors had been signed through six seasons of the sweeping fantasy drama. The recent renegotiation provides an option for Season 7, which hasn’t yet been greenlit but is about as certain as Drogon flambéing anything in his path.

Season 7 also is likely to be the drama’s swan song, as producers David Benioff and D.B. Weiss frequently have said they would like to wrap the saga after its seventh installment.

In April, Thrones was renewed for Seasons 5 and 6. The cast reportedly received large raises to re-up for the additional run of episodes.

In addition to Dinklage, Coster-Waldau and Headey, the cast member who’ll be around for Season 7 (provided their characters survive Seasons 5 and 6) include: Kit Harington, Emilia Clarke, Natalie Dormer, Sophie Turner and Maisie Williams.