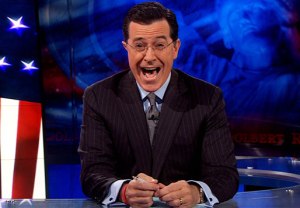 Mark your calendars, America: The final installment of Comedy Central’s The Colbert Report will air on Dec. 18, 2014.

Host Stephen Colbert made the big announcement himself during Thursday’s episode. He’ll begin his duties as new host of CBS’ The Late Show sometime in 2015.

“Twenty-four hours before the show ends, I’ll probably be a wreck,” Colbert told TVLine in August. “But right now, I’m just really enjoying doing the show as much as I ever have.”

So, Colbert Nation, will you follow your fearless leader over to CBS? Watch our interview with the man of the hour below, then drop a comment with your thoughts on the Report‘s end.