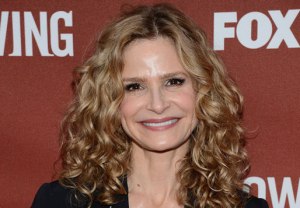 A new door just opened for The Closer.

Kyra Sedgwick has signed on to star in and co-executive-produce an untitled comedy project on HBO, our sister site Deadline reports.

Sedgwick will play Kate, a former nun who must figure out who she really is (and what she truly believes in) after breaking away from the church.

The New Adventures of Old Christine creator Kari Lizer will write the half-hour comedy and produce alongside Sedgwick.

In addition to her seven seasons on The Closer, Sedgwick recently showed off her comedy chops in a Brooklyn Nine-Nine guest role.

Are you excited for Sedgwick’s new project? Hit the comments and tell us!