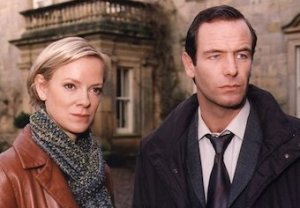 A Statestide adaptation of the award-winning British psychological crime drama Wire in the Blood is being developed for ABC by Endemol Studios (Hell on Wheels) and ABC Studios.

Based on characters created by Scottish novelist/crime writer Val McDermid, Wire in the Blood follows Elizabeth Chase (played on the ITV series by Hermione Norris), a police detective who recruits Dr. Tony Hill (originally played by Robson Green), an unconventional clinical psychologist who has a talent for catching killers before they are able to strike again. Hill does so by analyzing both victim and killer, demonstrating empathy for both sides.

A.M. Homes (The L Word) is attached to pen the adaptation and serve as an executive producer alongside Mandeville’s David Hoberman, Todd Lieberman and Laurie Zaks, and Coastal Productions’ Sandra Jobling.

“Bringing the iconic character Tony Hill to American audiences has been a passion of ours for a number of years,” reads a statement from Hoberman, Lieberman and Zaks. “We are thrilled to be partnering with the Endemol Studios team on this exciting endeavor.”