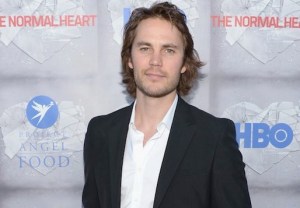 Time to raise the Big Hug Mug in celebration: Three-quarters of True Detective‘s Season 2 cast are now on lockdown.

“Mm-hmm,” Kitsch noted when asked about whether True Detective is on his agenda. “I’m really excited. I’ve just been prepping. It’s been almost a full year since I’ve been on camera, so I’m itching, man. I’m overdue… I mean you want to work, but you also don’t want to just water it down and work for the sake of working. So, it was tough to sit a year out, keeping a finger crossed that I was going to get True.”

Last month, HBO confirmed Vaughn and Farrell’s participation in the much-anticipated followup to an acclaimed first season, which starred Matthew McConaughey and Woody Harrelson and premiered last January. Vaughn will play Frank Semyon, a “career criminal whose move into legitimate enterprise is jeopardized when his business partner is killed,” while Farrell has been cast as Ray Velcoro, “a compromised detective whose allegiances are torn between his masters in a corrupt police department and the mobster who owns him.”

Rachel McAdams, who starred with Vaughn in the big screen rom-com The Wedding Crashers, is rumored to be circling Season 2’s fourth and final lead role.