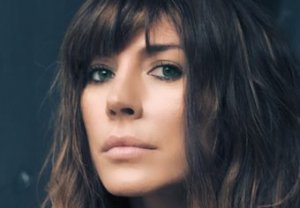 ABC’s Castle is soon to snuff an action-movie icon, and somehow go-to bad girl Krista Allen figures into the mix.

TVLine has confirmed that in this season’s ninth episode, which revolves around the murder of a Stallone-like movie star, Allen will play Naomi Duvray, a former silver screen siren who starred in a slew of critically unacclaimed 1980s action movies.

Naomi is also the wife of yet-to-be-cast Brock Harmon, the murder vic’s onetime regular costar and now the frontman for a B-movie franchise.

An alum of such series as Days of Our Lives, Baywatch and What About Brian, Allen’s more recent TV credits include episodes of Mistresses, Hawaii Five-0 and Melissa & Joey. The actress first shared her casting via Twitter.