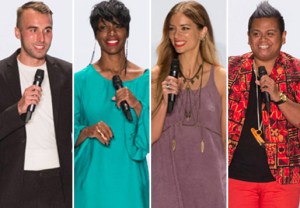 For the past 14 weeks, Project Runway‘s Season 13 contestants have offered up their blood, sweat and shears in the hopes of besting their fellow designers — and on Thursday, a winner was finally crowned.

RELATED The Lottery Cancelled by Lifetime

This season’s four finalists — Sean Kelly, Amanda Valentine, Charketa Glover and Kini Donovan Zamora — presented their final collections at New York Fashion Week during the 90-minute finale, with the ever-comforting Tim Gunn standing beside them backstage for moral support. The judges, along with special guest Emmy Rossum, put on their best poker faces from the front row, as they critiqued the culmination of each finalists’ work on the show.

During deliberations, Charketa’s clothes were criticized for being too simplistic, while Amanda’s collection received a demerit for its “weird proportions.” Sean, despite his affinity for “fringe Muppets,” was said to have the “freshest perspective,” and Kini was praised for turning his collection around — per the judges’ criticisms — in such a short amount of time.

But there can only be one winner, and in the case of Season 13, that honor went to Sean Kelly.

Are you glad Sean won Season 13? Cast your vote below, then drop a comment with your reaction to this year’s big winner. 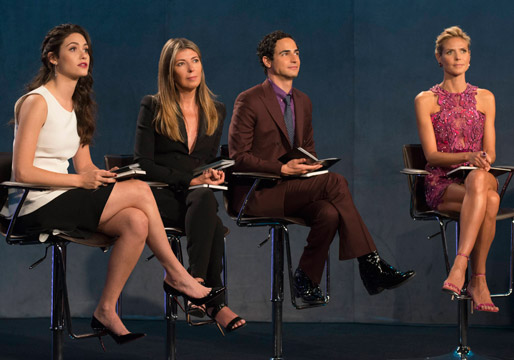