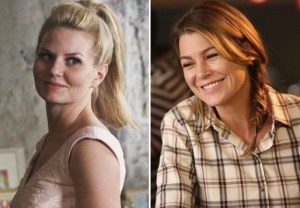 ABC is rewarding eight of its current hits, both comedies and dramas, with additional episodes.

For starters, all of Wednesday’s comedies — Modern Family, The Middle, The Goldbergs and Black-ish — have been ordered for two more episodes each, our sister site Deadline is reporting. Freshman comedy Black-ish had already been ordered for a back nine, bringing all four comedies’ totals to 24 episodes.

Over on the drama side, Castle and (as we previously reported) Once Upon a Time each received one additional episode, bringing both of their season totals to 23. UPDATE: Resurrection ‘s Season 2 tally is holding firm at 13.

And then there’s Grey’s Anatomy, which will get two more episodes in Season 11, bringing its total to a whopping 24.