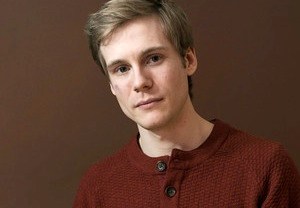 The actor, who endured hell on Earth as Patty Hewes’ son on the late, great FX/DirecTV drama, is joining WE tv’s eight-episode supernatural thriller opposite Mena Suvari, TVLine has learned exclusively.

South of Hell, which is set in South Carolina, centers on Suvari’s Maria Abascal, a skilled and fearless demon-hunter-for-hire. Like those that she hunts, Maria is divided within herself, struggling with her own internal demon named Abigail. Maria and Abigail share a soul and a destiny, but as Maria desperately tries to overtake Abigail, she will discover how far Abigail will go to remain a part of her.

South of Hell hails from horror vets Jason Bloom (Paranormal Activity) and Eli Roth (Hostel) and is set to launch in 2015.