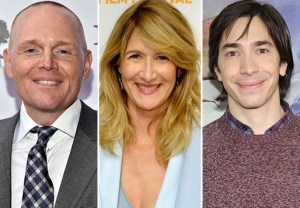 Netflix is getting its groove on, placing a six-episode order for F Is For Family, a half-hour animated series set in the ’70s.

Created by comedian Bill Burr and Simpsons scribe Michael Price, the project follows the Murphy family in the 1970’s, a time when you could smack your kid, smoke inside and bring a gun to the airport.

Burr and Price serve as EPs alongside Vince Vaughn and Peter Billingsley.

“F is for Family is the show I’ve always wanted to do,” said Burr. “It captures all the characters of my childhood the way I remember it to be. Fortunately Mike Price and everyone at Wild West seem to know the same people I knew growing up. It’s going to be a lot of fun to tell these stories.”