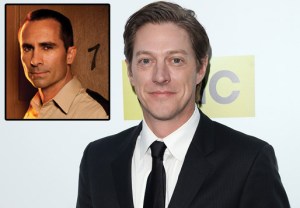 Rahm will play Bob Paris, the wealthy, self-involved and gregarious owner of an elite hunting club who grew up with Romero. The pair now have a strained relationship, but they keep their mutual dislike under wraps. (Bates EP Kerry Ehrin first teased Bob’s arrival at Comic-Con; see video below.)

The former Desperate Housewives co-star is Bates Motel‘s third major Season 3 hire, following the casting of Revolution‘s Tracy Spiridakos (as a mystery woman who may or may not cozy up to Dylan) and Sons of Anarchy‘s Ryan Hurst (as an onscreen rival to Kenny Johnson’s Caleb).