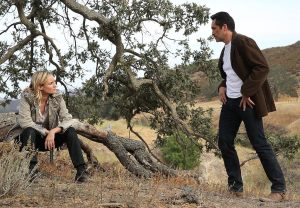 The Bridge has collapsed.

FX on Tuesday pulled the plug on the Diane Kruger-Demian Bichir drama after two low-rated seasons, TVLine has confirmed.

The show ended its run earlier this month with 1 million viewers and a 0.3 demo rating, slightly below its Season 2 average.

The comments section below is now accepting your Bridge eulogies.