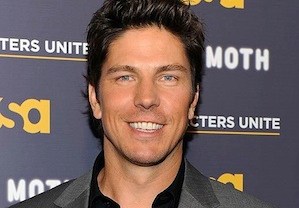 Per Scandal history, Trucco’s character, Charles Putney, is the youngest son of former Virginia Governor James Putney. His four-year arranged marriage to Abby ended when he assaulted her in a drunken stupor (prompting Olivia to return the favor by taking a tire iron to his knees).

Trucco is slated to appear in one November episode.