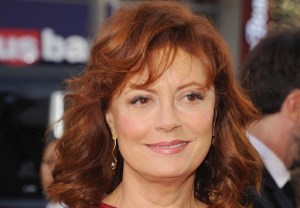 Susan Sarandon has signed on to play the mother of all bombshells in Lifetime’s upcoming Marilyn Monroe miniseries, TVLine has learned.

The Academy Award winner will portray Monroe’s mentally ill mom, whose struggle with her own demons had a profound affect on her famous daughter’s life.

Marilyn is based on J. Randy Taraborrelli’s book The Secret Life of Marilyn Monroe. Stephen Kronish (The Kennedys) will pen the script and Laurie Collyer (Sunlight Jr.) will direct.

The four-hour miniseries, which has not yet cast its title role, is slated to air in 2015.

Sarandon is best known for films like Dead Man Walking and Thelma & Louise, but she also has quite a bit of TV on her resume. Her most recent gigs include stints on Mike & Molly, Doll & Em and The Big C.