NCIS Special Agent Tony DiNozzo (played by Michael Weatherly) appears to be nothing but smiles when a woman from his past resurfaces — and TVLine has the pictures to prove it.

In the CBS drama’s Oct. 28 episode, titled “Parental Guidance Suggested,” 24 alum Marisol Nichols guest-stars as Zoë Keates, an ATF Special Agent who years ago worked with DiNozzo at the Philly PD (prior to Tony’s stint in Baltimore). The two cross paths anew when NCIS and ATF find themselves tracking the same terrorist.

How do you interpret Tony’s reaction below? Is it bona fide “Happy to see you,” or maybe less so? (Then again… how can it not be?? Because cheekbones.) 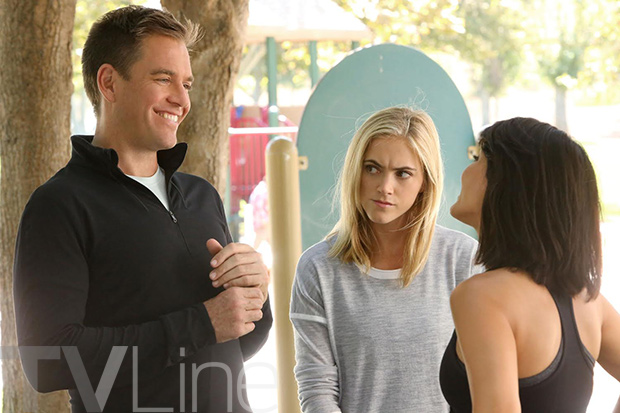 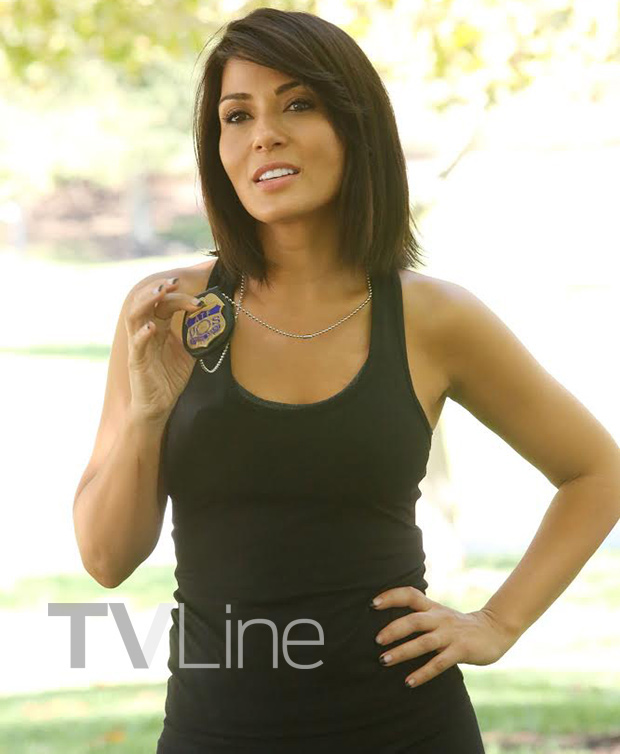