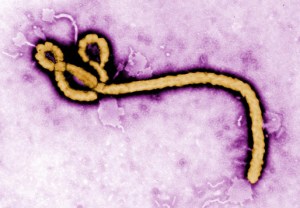 The Ebola outbreak is spreading to primetime.

RELATED Report: Bewitched Remake In the Works — Who Should Play Samantha?

Producer Lynda Obst and director/producer Ridley Scott have been working on a limited-series adaptation of Richard Preston’s 1994 Ebola-themed novel The Hot Zone for about a year, according to The Hollywood Reporter, an endeavor which is coming closer to fruition. No network is currently attached.

Scott, Obst, David Zucker and Jim Hart would all serve as executive producers on the project.

Described as “a terrifying true story,” Preston’s Hot Zone is based on his 1992 New Yorker article “Crisis in the Hot Zone,” which documented the United States’ response to the possibility of the Ebola virus crossing our borders.

Would you feed your fear with a weekly dose of Ebola on TV? Drop a comment with your thoughts on this project below.