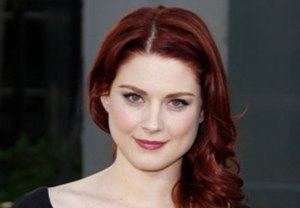 Alexandra Breckenridge is about to encounter a different kind of horror story.

The AHS alumna has signed on for a recurring role on The Walking Dead Season 5, with the option to become a series regular, our sister site Deadline reports.

Not many details are available about whom Breckenridge will play — no surprise there! — but it’s likely she’ll portray a a bohemian mother named Samantha, whom the casting breakdown describes as “an attractive, strong, smart, charming and articulate woman who also has a vulnerable side.”

And in case you hadn’t heard: The zombie drama was renewed for a sixth season, just before its well-rated Season 5 premiere aired Oct. 12.