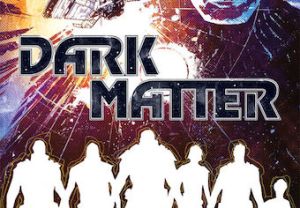 Mallozzi and Mullie will helm the 13-episode series, which is being produced by Prodigy Pictures (Lost Girl, XIII). Endemol will distribute the drama internationally. Prodigy’s Jay Firestone and Vanessa Piazza will also serve as executive producers.

In Dark Matter, the crew of a derelict spaceship is awakened from stasis with no memories of who they are or how they got on board. Facing threats at every turn, they have to work together to survive a voyage charged with vengeance, betrayal and hidden secrets.

“Dark Matter is a refreshing and entertaining space opera that blends an intriguing premise with fast-paced suspense,” says Syfy programming SVP Chris Regina. “It will be a terrific addition to our primetime schedule next year.”