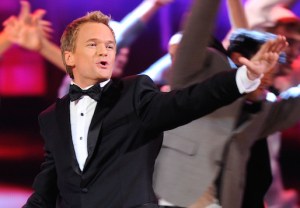 Prepare for this year’s Academy Awards ceremony to be legen — wait for it — dary: Neil Patrick Harris has signed on to host the annual film fete, our sister site Variety reports.

The event will mark Harris’ first time as Oscars emcee, though he has performed on the telecast — most notably in 2010, when he sang and danced his way through the opening number. (Scroll down for video.)

VIDEOS Tony Awards: The Best and Worst (and Wiggiest) Moments

The How I Met Your Mother vet has plenty of experience leading large-scale awards shows; he has hosted two Emmy broadcasts and four Tonys telecasts.

Press PLAY to watch Harris’ 2010 Oscars performance, then hit the comments with your thoughts on him as host.