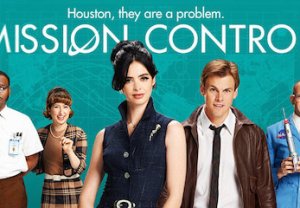 Houston, NBC has a problem.

The network has decided not to continue production on its midseason comedy Mission Control, THR reports, which was to star Krysten Ritter (Don’t Trust the B— in Apartment 23) as a strong ’60s woman who clashes with her egotistical astronaut co-worker (The Mindy Project‘s Tommy Dewey).

According to the report, recasting issues are to blame for the cancellation.

And here’s another bummer: Mission Control would have featured a mini Better Off Ted reunion, with Malcolm Barrett and Jonathan Slavin both among the cast.

Are you disappointed that Mission Control won’t be lifting off in 2015? Drop a comment with your thoughts below.