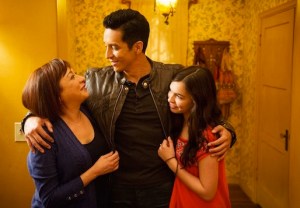 Elizabeth Peña, whose TV career included roles on Modern Family and Matador, died Tuesday at Cedars-Sinai Hospital in Los Angeles. She was 55.

Peña’s nephew, Mario-Francisco Robles, confirmed her death in an obituary he penned for Latino-Review.

UPDATE: According to TMZ, Peña died from complications of alcohol abuse.

Her most recent role was that of Maritza, mother of the title character on El Rey’s Matador. She also played Gloria’s mother, Pilar, in two episodes of Modern Family.

Peña’s career spanned nearly four decades and included stints on series like Major Crimes, Off the Map, Resurrection Blvd., and NCIS. She also led her own short-lived comedy, I Married Dora, in the late 1980s.

She also appeared in films, including Rush Hour and La Bamba, and did voice work, including The Incredibles.

UPDATE:  El Rey issued the following statement regarding Peña’s death: “We are deeply saddened by the passing of our friend and colleague, Elizabeth Peña. She was a role model, a truly extraordinary performer and an inspiration in every sense of the word. Our thoughts are with Elizabeth’s family and friends during this difficult time. She ‎will be deeply missed.”