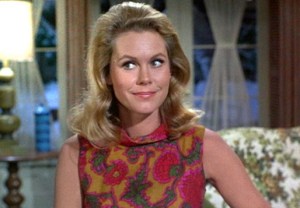 Calling all blond actresses with “nose twitching” listed as a skill on your resumé: a Bewitched remake could be in your future.

Sony Pictures TV is working on an updated version of the classic sitcom about a magical housewife and her mortal husband — which ran for 254 episodes on ABC from 1964 to 1972 — according to our sister site Deadline. The Vow writers Abby Kohn and Marc Silverstein are reportedly working on a script.

Of course, this isn’t the first time Sony Pictures TV has attempted to re-conjure the magic of Bewitched. CBS ordered a script from the studio in 2011, but the project never made it to pilot.

Should this second attempt prove more successful, who should play Samantha? Endora? Darrins 1 and 2? Drop a comment with your casting suggestions below.