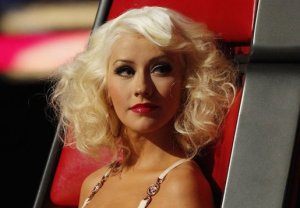 The Voice is going back to basics — and yep, Christina Aguilera junkies, that’s a reference to her epic 2006 double album.

Aguilera — one of the original Voice coaches, who hasn’t occupied one of the show’s rotating red chairs since Season 5 — will return to NBC’s hit singing competition for Season 8, alongside Pharrell Williams, and permanent panelists Adam Levine and Blake Shelton.

Pharrell’s return engagement for the spring 2015 cycle is significant, too, as he’ll be the first “replacement” coach — aka not one of The Voice’s original foursome of Shelton, Levine, Aguilera and Cee Lo Green — to appear in consecutive seasons.

During The Voice‘s current cycle, Pharrell has been widely lauded for his soft-spoken humor, good taste and genuine connection to his contestants. (In other words, we’re reacting to news of his imminent return with a giant “Huzzah!”)

News of the Season 8 lineup was broken Tuesday morning on Today by Voice host Carson Daly.

Are you excited about a Blake-Adam-Xtina-Pharrell lineup? Do you think perhaps Blake or (more likely) Adam might be ready for a breather when Season 9 arrives? And will the show ever have two female panelists at the same time? Sound off below!