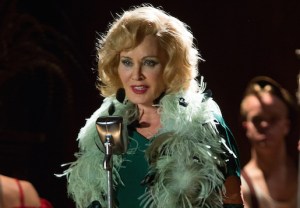 With same-night encores added in, Freak Show‘s premiere — which earned an average grade of “B+” from TVLine readers — amassed 13.4 million viewers, with 8.6 mil landing in the demo.

The newly ordered, 13-episode Season 5 will premiere in October 2015.