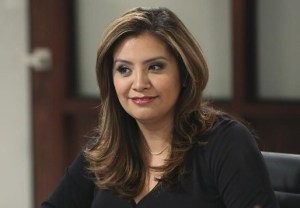 ABC’s Cristela premiered on Friday night to 6.6 million total viewers and a 1.3 rating (per finals), making it the fall’s second-most watched comedy debut (behind black-ish) and the first sitcom to build on its Last Man Standing lead-in since Malibu Country in November 2012.

Versus The Neighbors‘ year-ago premiere, Cristela was up 43 and 8 percent.